A Student Street is a route that is commonly taken to school, which is designed to be safe, accessible, direct, properly lit, and instructive. Student Streets don’t always follow car streets. They can also cut through parks, alleyways, walking paths, or anywhere that is intuitive for students to travel. The DSR strives to identify the student transportation network, and create Student Streets based on the following principles.

A safe route is designed according to the people traveling on it, and the type of transportation it intersects with. The main safety concern that families report is the intersection of their route to school with the automobile transportation network. Put simply, cars can present a danger to students if there is little separation, there are high vehicle traveling speeds, and there are a lot of vehicles. In designing for automobile transportation, safety concerns are accounted for by creating physical barriers, large shoulders, and rumble strips. An active transportation system for kids requires the same level of care for its end user. One example we like from the Sustainable Safety approach is that the degree of physical separation of different modes of transportation is based on the speed of cars on that road. There are other great examples for enhancing the safety of active modes of transportation on the resources page.

As the name suggests, the users of Student Streets are students, and each student is unique. A Student Street must be accessible for everyone including those walking, biking, using a wheelchair or other mobility devices, and many other forms of active transportation.

A route often exists because it is the fastest way for students to get to school. Sometimes the fastest route will be taken instead of the safest route. The DSR endeavors to learn what these routes are in order to apply the other principles of a Student Street to them. Directness is an important element to consider when implementing a Student Street, particularly when working with a community to identify a new route to school. For example, if a school is located on one side of a field, and the subdivision where the students live is on the other side of the field, the most direct way to get to school is to cross this field, rather than taking streets to go around.

The degree of attractiveness of a route will influence its usage. More often than not, people will choose to travel along a route that is aesthetically pleasing to them. For example, if there are two routes with the same traveling time, a student is more likely to take the route with trees, opportunities for play, and artwork than the route without these elements.

Lighting is an important part of safety. Particularly in winter months when there is less daylight, students may be traveling to and from school at dawn or dusk. A Student Street must have adequate lighting so that these students can see and be seen during these times.

A Student Street has signage and wayfinding materials where necessary to help students get to and from school. This is not unlike the automobile transportation system having street signs that communicate with drivers. The only difference is that the street signs of the DSR communicate with student active travelers. 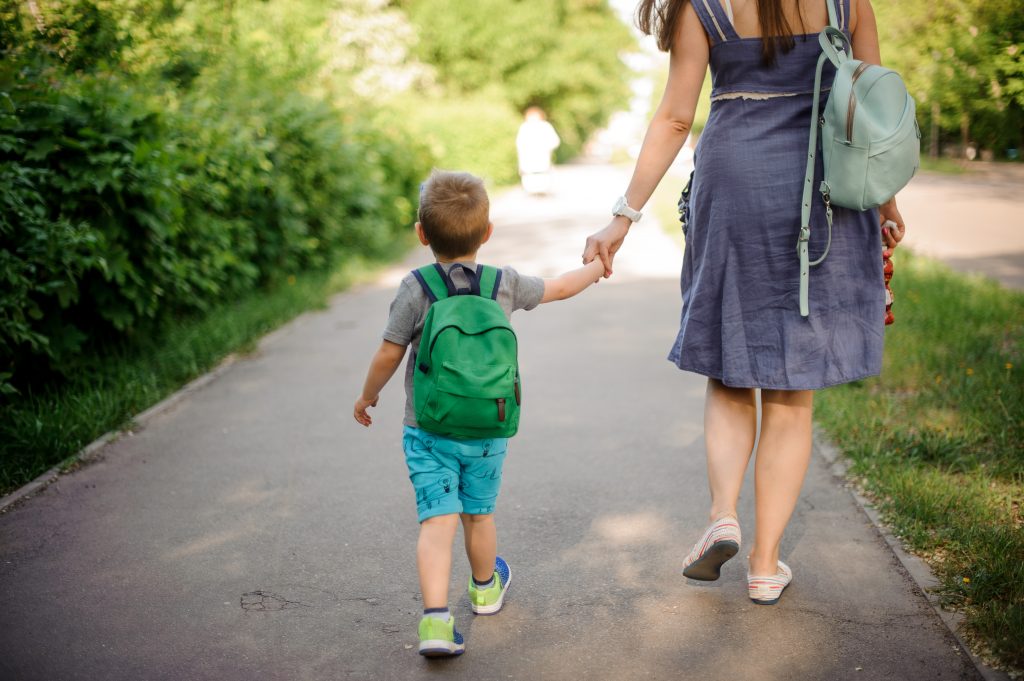