One of the main bits of feedback that we receive through community engagement is that students would benefit from having designated routes to school. A route to school is designated when:

We call routes to school “Student Streets”, and designating them serves several purposes including:

How we do it

With the School Walk Community Engagement tool, we learn how students get to school by having them draw their route on a map. To supplement this, we conduct on ground observation to learn not just the streets they travel on, but how they travel on those streets. This includes the side of the road they walk/wheel on, where they like to cross, and how they interact with other modes of transportation. Through both of these processes, we gain an understanding of the routes that are being used.

This step involves further community engagement to make sure that we got it right. There are two components of verifying routes. The first is a secondary survey to the school community that presents the main routes we have identified and asks them to confirm their route or suggest different routes. The second component is walking/biking these routes with students, so that they have an opportunity to show us the routes they take and what they like and dislike about them.

Through prior engagement, we already have a solid understanding of where and how students travel to school. We also have a good understanding of the barriers they are facing along the way. Now that we know there are barriers along a school route, we consult with the school community to learn what they would like to see changed, and work with them to engage the right folks within the City to make this happen. Step 3 is an ongoing process, as locations of concern are constantly changing.

There are many different ways to designate Student Streets. Initially, we place wayfinding materials along them, and indicate the routes on our interactive map. 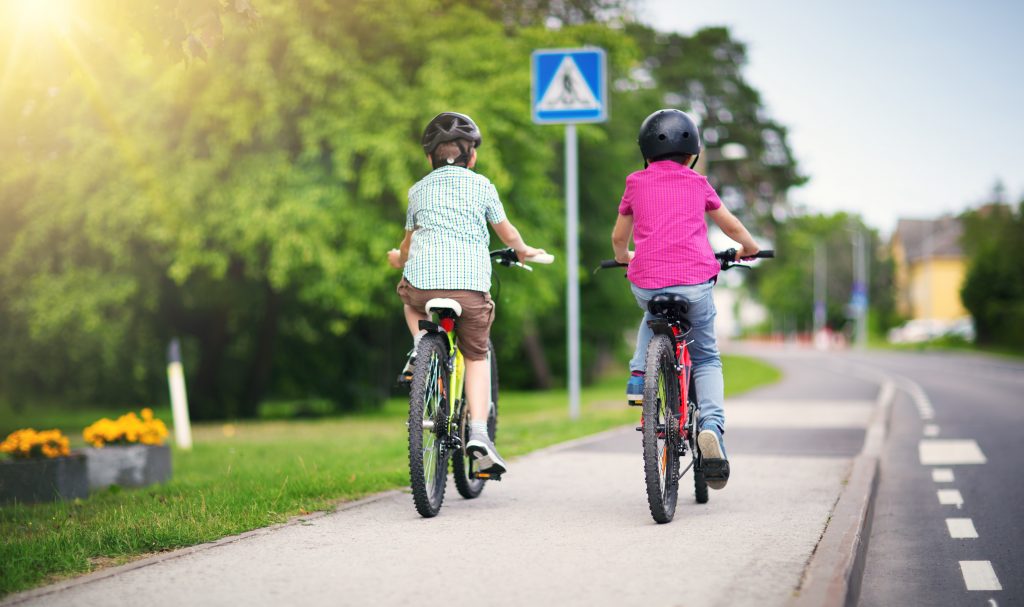